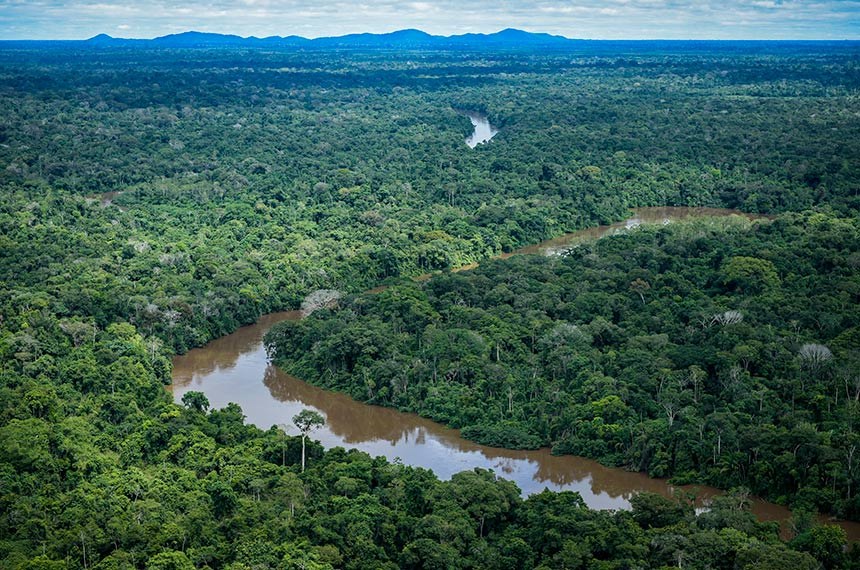 The launch videoconference for Discussion 4 will take place on January 31, 2023, and the closing videoconference on March 7, 2023. Regional discussions will be held on the same theme throughout the month of February. The Zoom login link will be available on this page one week before the conference starts.

There is no need to register. The videoconferences are simultaneously translated into 4 languages: French/English/Spanish and Portuguese.

Debates about land grabs by foreign companies in Brazil have increased in recent years. These land grabs have an impact on food sovereignty, the environment and the security and rights of peasant, forest and fishing populations.

In order to feed the profits of large national and/or international companies, they do not hesitate to commit fraud in order to grab public land, most often with the connivance of local private or public actors. Land grabbing and concentration lead to overexploitation of natural resources, agrarian conflicts and forced population displacement.

According to data from INCRA (Brazil's land agency), in 2020 about 3.9 million hectares of land are registered in the country as foreign property, of which 2.2 million were acquired by individuals and 1.7 million are controlled by companies. Of note is the purchase of 750,000 hectares by the Harvard University Fund and TIAA-CREF (a US insurance and investment fund company), through fraud or legal trickery using the names of Brazilian companies, verified by INCRA in 2020.

In 2020, Brazil recorded records in terms of environmental devastation, fires and a significant advance in the destruction of protected areas. More than 3.4 thousand Km² of Amazonian forest disappeared during the second half of the year in 2020 (DETER/INPE, 2020). Approximately 1,576 cases of land conflicts, affecting more than 171,000 Brazilian families, were registered in the same year (CPT, 2021).

Also in 2020, the federal Senate approved bill 2.963/2019 - currently under discussion in the House of Representatives -, which relaxes rules and reduces restrictions and allows foreigners to buy up to 25% of the territory of Brazilian municipalities. The argument used to justify this law is to attract foreign investment to the country. If this law were to be passed, it would pose a direct threat to the national sovereignty and security of family farmers, peasants, indigenous, quilombola and traditional populations in Brazil, leading to a significant increase in food insecurity, inequality and conflicts already existing in rural areas.

CONTAG and its partner social movements have carried out a series of actions at national and local level, denouncing and liaising with social and parliamentary organisations in order to define strategies for fighting and combating the occupation of national territory and the violation of the rights of rural, forest and aquatic populations by foreign companies.

The 4th round of the Global Forum of Struggles for Land and Natural Resources, coordinated by CONTAG, aims to inform and report on the reality in Brazil. This discussion will allow an exchange between organisations from different regions and continents in order to propose strategies to fight against the expansion of foreign companies and international capital.

Corrected message Hello to everyone. Congratulations on the resumption of the Forum discussions. The title and the introductory text of the fourth discussion topic make me wonder about several things, which I would like to submit to the speakers at the launch conference on January 31, 2023. How does the impact of land use by foreign actors differ from land use by domestic actors? This question overlaps with two other more specific questions, depending on the sectors involved, rural populations on the one hand, and the total population (urban and rural) on the other. What is the impact of Brazilian... Read more "

The automatic translation of my previous message contained several errors or misunderstandings in Portuguese, Spanish and English. I therefore invite you to read the revised translations in each of these languages in my following messages. Thank you.

Hello to everyone. Congratulations on the resumption of the Forum discussions. The title and introductory text of the fourth discussion topic makes me wonder about several questions, which I would like to submit to the speakers at the January 31, 2023 launch conference. How does the impact of land tenure by foreign actors differ from land tenure by domestic actors? This question actually overlaps with two other more specific questions, depending on the sectors involved, rural populations on the one hand, and the total population (urban and rural) on the other. What... Read More "

In Cameroon, and more precisely in the Minta Communal Forest in the Centre Region, this forest is located in a transitional forest-savanna zone, in an advanced state of degradation due to logging activities and the development of industrial-scale agriculture within this landscape. These activities have been instrumental in advancing the degradation front of this forest to the benefit of the increase of savanna surfaces. By initiating reforestation activities on this site, with the financial support of donors, the communities would like to participate in the reversal of... Read more "

In France, the SAFER (Sté pour l'Aménagement Foncier et l'Etablissement Rural) is supposed to monitor land transfers. However, it is becoming apparent that company set-ups can escape control and that operations sometimes slip under its radar. The recent "Sempastou" law promises to limit the phenomenon but too many exemptions will limit its effectiveness. The strong pressure on agricultural land due to the development of "agri-voltaics" and energy crops (methanisation, diesther) are driving up prices and driving away the holders of nourishing agricultural projects from the land, a land law is urgent. The case in point in France is the purchase of... Read more "

This phenomenon is beginning to grow in the Central African Republic as a result of armed conflicts and the massive arrival of international forces who are becoming investors...

Hello Ngakeu, and thank you for your participation. Could you share with us one or more examples of land occupation in the Central African Republic? Do you have any examples of local struggles to reclaim this land? Thank you very much!

Do you think that this discussion will result in a mouse or an elephant in the lives of local people, especially in the tropical zone?
Very good initiative in any case... !!!!!!!

We will publish here all the resources shared by the speakers and participants of the discussion round on this page.